For over fifty years, since beginning his financial career at the National Australia Bank, Malcolm has been motivated by success, and relished life’s challenges with enthusiasm and a genuine work ethic.

Malcolm has been a Commercial and Retail Manager at NAB, a financial consultant at Westpac, a Mobile Lender at Advance Bank/Bank SA and AMP Priority One, and, in 1995, started RAMS Home Loans in South Australia. In 1997, he became one of three ‘originals’ to join Steve Marshall at the Loan Arranger.

“I just felt like I needed a new challenge. I’d been an employee for over 30 years, and always wanted to work for myself. When Steve started The Loan Arranger, the opportunity to be my own boss presented itself, and I took it.”

Malcolm had made many contacts over his years at the banks, and with his intimate knowledge of lending, was able to quickly establish himself as a successful broker.

“It was a lot of long hours and running around. But it was important to me that I provided a valued service, that I exceeded client expectations and achieved results that allowed people to own a home or start a business.”

However, Malcolm’s professional achievements almost pale in comparison to his private ones. He’s played hockey for South Australia (that’s how he met Steve), and still plays in The Masters Games, where he’s coached two Australian sides to gold and silver medals. Added to this is his long-standing community involvement and charity work. He’s a Lion’s Club Monarch (30+ years’ service) and been President and Public Officer at the Gilles Plains branch. During that time, he’s raised money for many community projects as well as the Craniofacial Unit at the QEH. His tireless dedication saw him nominated for Tea Tree Gully Council Citizen of the Year.

“Life is full and fulfilling. I work in a dynamic industry; there are always changes in regulations and protocols that you have to keep on top of. It’s still a challenge, and that’s why I still enjoy being a broker.” 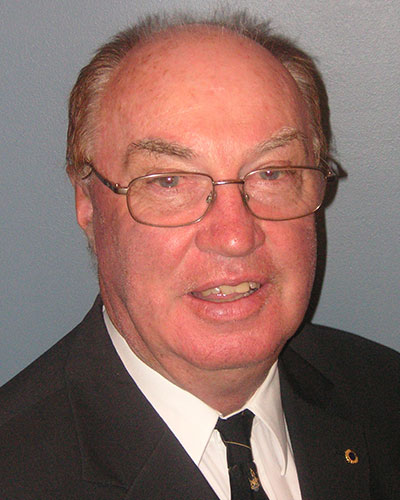